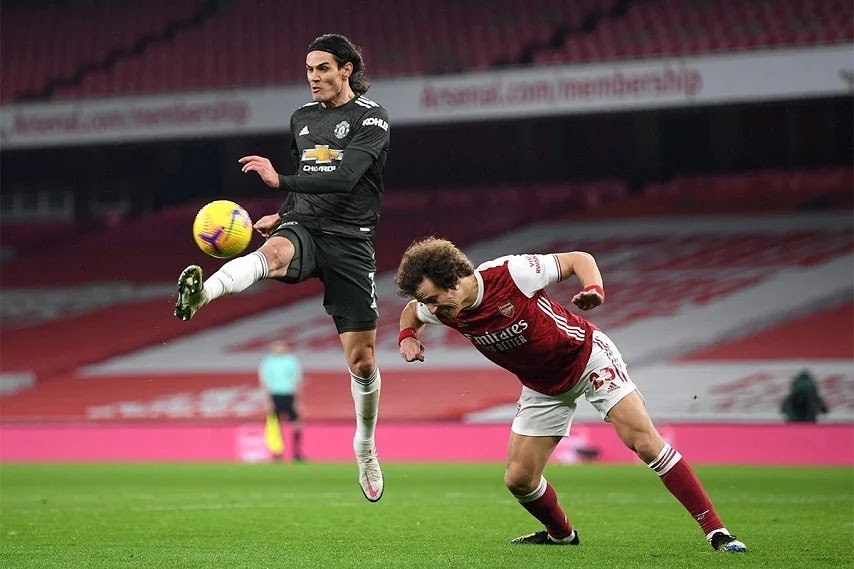 A goalless draw imposed itself on confronting Arsenal against its guest Manchester United, in the 21st round of the Premier League, at the Emirates Stadium, to raise Arsenal to 31 points in eighth place temporarily, while Manchester United raised its tally to 41 points in second place temporarily.
The start of the first half of the match was strong and fast, but the ball was confined to the middle of the field in the middle of caution between the two teams, while the “16” minute saw the first opportunity in the match with a shot from Lacazette from outside the penalty area, but it was in the arms of the goalkeeper, then Manchester responded with a shot from Fred but Lino Save his goal from an accomplished goal.
Pepe blocked a ball from inside the penalty area, but next to the goal in the “30th minute”, Fernandes almost scored the lead after a ball from Pogba, then entered the penalty area and Ragged Luiz and shot it over the goal in the “34th minute”, then Fernandez hit the ball from a free kick, but Louise He pushed her away, to end the first half in a 0-0 draw.
The start of the second half of the match was strong, as substitute Willian almost scored the goal of progress with a shot from inside the penalty area, but Wan Bisaka pushed the ball to a corner, then Willian passed the ball to Pepe, who hit the ball in the defense. As his shot went past the post in the “58” minute.
In the 64th minute, Lacazette hit a ball from a free kick directly, but it hit the crossbar, and then Roe hit a ball from inside the penalty area, but De Gea brilliantly removed it, then Manchester United almost scored the lead goal but Louise narrowly pushed the ball away, then Rashford hit a powerful ball But it is in the outside window.
Arsenal almost scored the goal of progressing through Pepe with a shot from inside the penalty area, but it is next to the post in the 81st minute. With a score of 0-0.
City is achieving an important victory over Sheffield in the Premier League