Bayern Munich beat Hoffenheim in the Bundesliga by 4-0 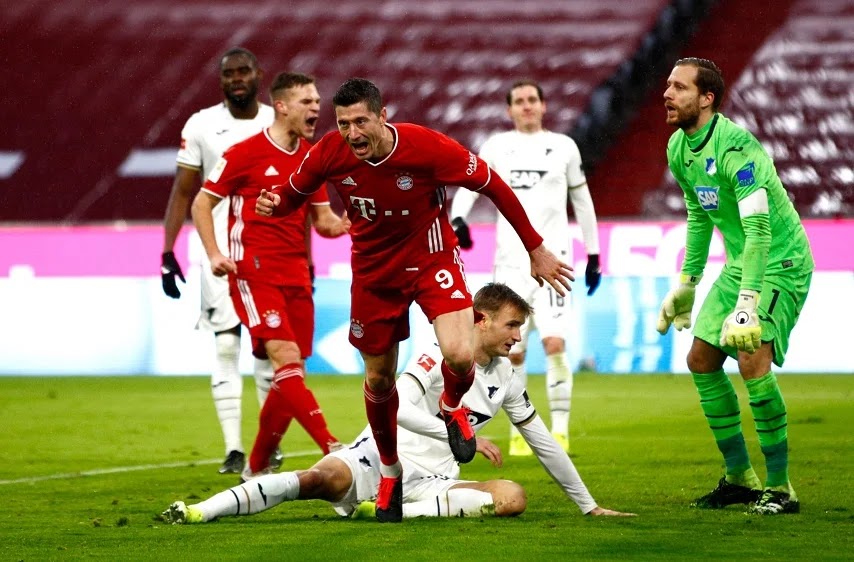 Bayern Munich won a big victory at the expense of Hoffenheim, 4-1 in the nineteenth round of the German “Bundesliga”, at the “Allianz Arena”.
Bayern Munich raised its score after this victory to 45 points at the top of the general standings, 10 points ahead of Leipzig, while Hoffenheim stuck at 22 points in eleventh place.
Bayern Munich scored the goal of progress through Jerome Boateng in the “34th” minute, then the Bavarian giants scored a second goal by Thomas Muller in the “43rd”.
In the “44th” minute, Hoffenheim scored a goal to reduce the difference through Andrei Kramarich, then Bayern Munich scored a third goal by Robert Lewandowski in the 57th minute.
Bayern Munich managed to score a fourth goal through Serge Gnabry in the “63” minute, while Benjamin Pavard scored a fifth goal, but was canceled due to offside, to end the match 4-1.
City is achieving an important victory over Sheffield in the Premier League Milan strengthens its position in the lead by defeating Bologna (2-1)