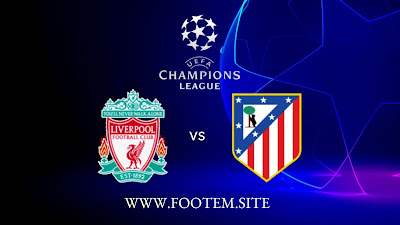 Liverpool will face Atm at Anfield to play matchday 4 of the UEFA Champions League 2021/22 group B matchday, Thursday (04/11/2021) at 1:30 a.m. Indian time.
In the previous meeting, Liverpool managed to steal 3 points at Atm headquarters after winning 3-2. Liverpool was 2 goals ahead through Mohamed Salah in the 8th minute and Naby Keita in the 13th minute, before Atm were able to equalize through  Antoine Griezmann’s brace in the 20th and 34th minutes. However, Liverpool was finally able to lock the win through Salah’s second goal in the 78th minute.
Thanks to this victory, Liverpool now tops the standings in Group B with a perfect score of 9 points. Meanwhile, Atm followed behind Liverpool with a score of 4 points.
Ahead of this match, Liverpool is in pretty good shape. Last weekend, Liverpool drew 2-2 against Brighton & Hove Albion in the English Premier League. The result left the Reds unbeaten in their last 17 matches in all competitions (W12 D5 L0).
Meanwhile, Atm is also in high confidence ahead of this match. Last week, Atm managed to seal a landslide victory over tough opponents, Real Betis, in the Spanish La Liga with a score of 3-0 through goals from Yannick Carrasco, German Pezzella (og), and Joao Felix. The victory made Atm only swallow 1 defeat in its last 6 matches in all competitions (W3 D2 L1).
Champions League: Malmo FF vs Chelsea Match Preview & Lineups Premier League – Manchester Derby: Manchester City vs Manchester United Match Preview & Confirmed Lineups