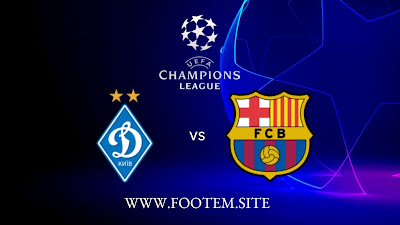 Barca will host Kyiv at Camp Nou for matchday 3 of Group E UEFA Champions League 2021/22, Wednesday (20/10/2021) at 10:15 p.m. Indian time.
Barca performed very poorly in the Champions League this season. Of the 2 matches that have been undertaken, Barca has always lost, namely against Bayern Munich with a score of 0-3 and against Benfica with a score of 0-3.
Not only that, Barca are also recorded as only able to take off 1 shot that leads to the goal in 2 matches that have been undertaken. With this poor performance, Barca now has to languish at the bottom of the Group E standings with a score of 0 points.
However, Barca is now well prepared ahead of this match. Last Monday, Barca was able to win over Valencia with a score of 3-1 through goals from Ansu Fati, Memphis Depay, and Philippe Coutinho.
On the other hand, Kyiv also performed poorly in the Champions League this season. In the opening match, Kyiv was only able to draw 0-0 against Benfica. Then in the second match, Kyiv lost 0-5 against Munich. These results make Kyiv is now in the third position in Group E standings with a collection of 1 point.
Ahead of this match, Kyiv is in pretty good shape too. Last weekend, Kyiv managed to win over FC Lviv with a 4-1 score in the Russian Premier League through goals from Vitali Buyalskyi, Viktor Tsygankov, and Denis Harmash (2). The victory made Kyiv only swallow 1 defeat in the last 4 matches (W2 D1 L1).
Barca and Kyiv were also in the same group in the Champions League last season. In the 2 matches played, Barca always managed to win over Kyiv with a score of 2-1 and 4-0.
Champions League: Liverpool vs Atletico Madrid Match Preview, Schedule & Lineups Champions League: Manchester United vs Atalanta Match Preview, Schedule & Lineups