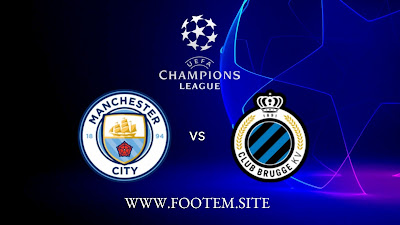 Man City will visit Brugge headquarters in Jan Breydelstadion to play matchday 3 of Group A UEFA Champions League 2021/22, Tuesday (19/10/2021) at 10:15 p.m. Indian time.
Man City is currently stuck in the third position of Group A standings. Pep Guardiola’s troops are only able to carve 3 points from 2 matches that have been played.
In the opening matchday match, Man City was able to score 6-3 against RB Leipzig. However, in the second match, Man City had to surrender in front of Paris Saint Germain with a score of 0-2.
Man City itself has risen from its defeat to PSG last. In 2 matches after losing to PSG, Man City has not been touched by a defeat. They were able to hold Liverpool to a 2-2 draw before the international break, and most recently won 2-0 at Burnley last weekend through goals from Bernardo Silva and Kevin De Bruyne.
Meanwhile, Brugge appeared surprising in the Champions League this season. Currently, Brugge is in second place in Group A standings with a collection of 4 points, only missing out on goals from PSG who are at the top.
In the opening match, Brugge appeared surprising where they were able to hold down PSG’s draw with Lionel Messi with the score of 1-1. Then, in the second match, Brugge again stole the attention because they were able to pick full points at RB Leipzig’s headquarters after winning with a score of 2-1.
Ahead of this match, Brugge has prepared very well. Last weekend, Brugge succeeded in picking up a convincing 2-0 win over Kortrijk in the Belgian League through Ruud Vormer’s brace. The victory made Brugge without defeat even in the last 7 matches (W4 D3 L0).
Man City and Brugge themselves have never met before in any event. This match will be the first time the two teams have met.
Premier League: Arsenal vs Crystal Palace Match Preview, Schedule & Lineups Champions League: PSG vs RB Leipzig Match Preview & Confirmed Lineups