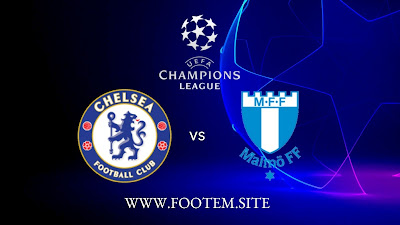 Chelsea will visit Malmo’s headquarters at Eleda Stadium for matchday 4 of Group G UEFA Champions League 2021/22, Wednesday (03/11/2021) at 11:15 p.m. Indian time.
In the previous meeting in match week 3 of Group H this season’s Champions League, Chelsea was able to beat Malmo with a landslide score of 4-0 at Stamford Bridge. Andreas Christiansen scored four of Chelsea’s winning goals in the 9th minute, Jorginho in the 21st and 57th minutes, and Kai Havertz in the 48th minute.
Thanks to this victory, Chelsea is now in second place in Group H standings with a collection of 6 points. Meanwhile, the defeat made Malmo increasingly slumped at the bottom of the Group H standings with a score of 0 points.
Ahead of this match, Chelsea and Malmo themselves are both in good shape. Last weekend, both of them were able to win in the league.
Chelsea won 3-0 over Newcastle United in the English Premier League through a Reece James brace and a Jorginho goal. Meanwhile, Malmo won over Sirius with a score of 3-2 through a goal from Jo Inge Berget and a  brace from Antonio Colak.
For Chelsea, the victory was Chelsea’s consecutive win in their last 6 matches in all competitions (W6 D0 L0). Meanwhile, for Malmo, the victory left them without a defeat even in the last 3 matches (W2 D1 L0).
Champions League: Dynamo Kyiv vs Barcelona Match Preview, Schedule & Lineups Champions League: Real Madrid vs Shakhtar Match Preview & Lineups