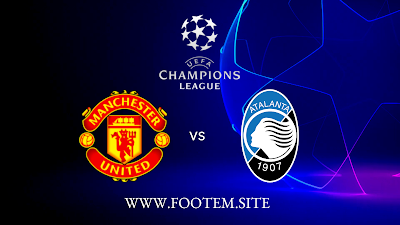 MU will face Atalanta at Old Trafford to play matchday 3 of Group F of the UEFA Champions League 2021/22, Thursday (21/10/2021) at 12:30 midnight Indian time.
MU is currently in the third position in Group F standings with a collection of 3 points from 2 matches played, 1 point behind Atalanta who is at the top of Group F standings.
In the opening match, MU surprisingly fell by a score of 1-2 during a visit to the Young Boys headquarters. Meanwhile, Atalanta was only able to draw 2-2 against Villarreal.
Then in the second match, MU was able to pick a narrow 2-1 victory over Villarreal. Meanwhile, Atalanta was able to pick up a 1-0 win over Young Boys.
Ahead of this match, MU itself was in a bad condition. Last weekend, Manchester United lost heavily against Leicester City with a score of 2-4 in the Premier League. The defeat made MU only pick 1 win in its last 5 matches (W1 D1 L3).
On the other hand, Atalanta is in good shape ahead of this match. Last week, Atalanta won a convincing 4-1 victory over Empoli in Serie A through goals from Josip Ilicic (2), Mattia Viti (og), and Duvan Zapata. The victory made Atalanta only swallow 1 defeat in their last 7 matches (W4 D2 L1).
United and Atalanta themselves have never met before in any event. This match will be the first time the two teams have met.
Champions League: Barcelona vs Dynamo Kyiv Match Preview & Lineups Premier League: Manchester City vs Brighton Match Preview & Confirmed Lineups