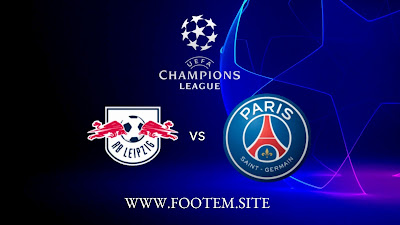 PSG will visit Leipzig’s headquarters at the Red Bull Arena to play matchday 4 of the UEFA Champions League 2021/22 group A match, Thursday (04/11/2021) at 1:30 a.m. Indian time,
In the previous meeting, PSG had to struggle to beat Leipzig with a score of 3-2 at the Parc des Princes. PSG took the lead quickly in the 9th minute through Kylian Mbappe’s goal. However, Leipzig was able to reverse the position through goals from Andre Silva in the 28th minute and Nordi Mukiele in the 57th minute. Luckily, Lionel Messi was able to become the star of victory for PSG through his two goals in the 67th minute and 74th minute.
With this victory, PSG is now at the top of Group A standings with 7 points. Meanwhile, for Leipzig, the defeat made them even more immersed in the caretaker position with a score of 0 points.
Ahead of this match, PSG itself is in pretty good condition. In their last match, PSG was able to win over Lille with a score of 2-1 in the French League 1 last weekend through goals from Marquinhos and Angel Di Maria. The victory left PSG unbeaten in their last 4 matches in all competitions (W3 D1 L0).
Meanwhile, Leipzig are also in good shape ahead of this match. Last weekend, Leipzig was able to pick a 1-1 draw against Eintracht Frankfurt in the German Bundesliga. The result left Leipzig without defeat in the last 3 matches in all competitions (W2 D1 L0).
Champions League: Malmo FF vs Chelsea Match Preview & Lineups Premier League – Manchester Derby: Manchester City vs Manchester United Match Preview & Confirmed Lineups