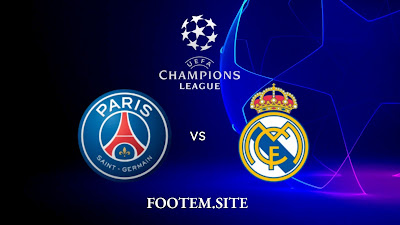 Paris Saint-Germain will host Real Madrid in the first leg of the 2021-2022 Champions League last 16, at the Parc des Prices Stadium, Wednesday (16/2) 1:30 a.m. Indian time. The match will be a tough test for PSG who are ambitious to win the title.
PSG advanced to the round of 16 after occupying second place in the final standings of Group A. Lionel Messi and his friends lost one point to the leader of the standings, Manchester City.
Meanwhile, Real Madrid made an impressive appearance in Group D by winning. El Real won 15 points from six matches.
The duel this time is a test for PSG who are very ambitious to win the Champions League title. PSG have brought in the best players to win the big ear.
However, Madrid is clearly not a random opponent. Madrid is the team with the most titles in the Champions League. Not surprisingly, El Real is more experienced in dealing with situations like today.
Premier League Round 25: Manchester United vs Brighton Match Preview, Schedule & Lineups Champions League Round of 16: Sporting CP vs Manchester City Match Preview & Lineups