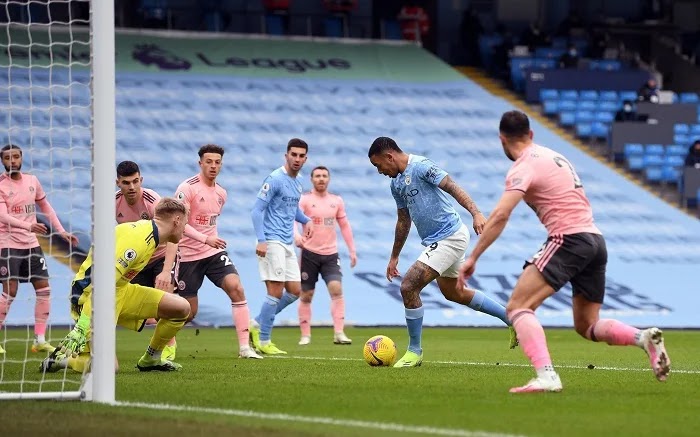 Manchester City scored a victory at the expense of its guest club Sheffield United with a clean goal, in the match that was held on Saturday evening at the Etihad Stadium in the twenty-first round of the English Premier League.
With this victory, Manchester City raises its score from points to 44 at the top of the Premier League table, while Sheffield United is stuck at point 8 in the twentieth and last place.
Gabriel Jesus scored the only goal of the match at the 9th minute of the match, after a cross from Virat Torres, which Jesus hit in the goal, to end the match with a 1-0 victory for City.
Arsenal impose a draw on Manchester United and disrupt it in its lead race Bayern Munich beat Hoffenheim in the Bundesliga by 4-0

Bayern Munich beat Hoffenheim in the Bundesliga by 4-0