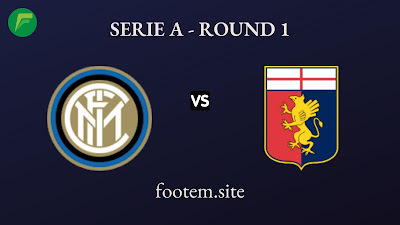 Inter will face Genoa in the 2021/22 Serie A opening Giornata match which will take place at the Stadio Giuseppe Meazza, Saturday (21/08/2021) at  10:00 p.m. Indian time.
Inter was the defending champions of Serie A last season. The Nerazzurri won the  Scudetto after picking up 91 points from 38 matches played, 12 points ahead of city rivals AC Milan who are in second place.
This season, it is clear that Inter will try to defend their title again. However, it is believed that this will not be easy considering that this season Inter are left with several key players such as Achraf Hakimi, Ashley Young, to the bomber Romelu Lukaku. Not only that, Inter also had to be left by the coach Antonio Conte whose position was replaced by Simone Inzaghi.
Nevertheless, Inter certainly remains optimistic in wading through this season. The reason is, Inter has been impressive in their pre-season matches by winning 3 wins and 1 draw in 4 matches played. In fact, Inter was able to score 11 goals and conceded none in the last 3 matches of their pre-season.
On the other hand, Genoa last season was only able to finish in the eleventh position in the standings with a score of 42 points. This season, Genoa will clearly target at least finishing in the European zone position.
Genoa itself is confident ahead of this match. Last weekend, Genoa successfully won 3-2 over Perugia in the first round of the 2021/22 Coppa Italia. Thanks to this victory, Genoa recorded only 1 defeat in their last 5 matches in all competitions (W4 D0 L1).
Copa America Final: Brazil vs Argentina Match Preview & Schedule Leeds United Vs Everton Preview & Lineups August 21, 2021 At 7:30 IST