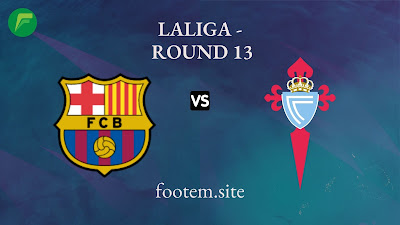 Barca will visit Celta’s headquarters which will take place in Abanca-Balaídos to play the 13th Jornada match of La Liga 2021/22, Saturday (06/11/2021) at 8:45 p.m. Indian time.
Barca has not performed well in their last few matches in La Liga. In the last 3 matches, Barca has not been able to win even though. They lost back-to-back to Real Madrid 1-2 and Rayo Vallecano 0-1, then drew 1-1 against Deportivo Alaves.
With this poor performance, Barca now has to be stranded in the ninth position of the standings with a score of 16 points, far behind Real Sociedad who topped the standings with a collection of 25 points.
However, Barca themselves are confident ahead of this match. Because in the middle of last week Barca just won over Dynamo Kyiv in the Champions League with a score of 1-0 through Ansu Fati’s goal. This victory will obviously be a good capital for Barca to face Celta.
On the other hand, Celta is also in bad shape at the moment. Celta are winless in their last 2 matches in La Liga. They lost 0-2 against Real Sociedad, then drew 0-0 against Rayo Vallecano.
With these results, Celta is now in the fifteenth position of the standings with a collection of 11 points, only 2 points ahead of the relegation zone.
At the last meeting in La Liga last season, Barca was surprisingly defeated by Celta at Camp Nou with a score of 1-2. Barca was able to take the lead through Lionel Messi’s goal in the 28th minute. However, Celta was able to reverse the position through  Santi Mina’s brace in the 38th minute and 89th minute.
Ligue 1: Bordeaux vs PSG Match Preview & Schedule Serie A – Milan Derby: Inter Milan vs AC Milan Match Preview, Schedule & Lineups