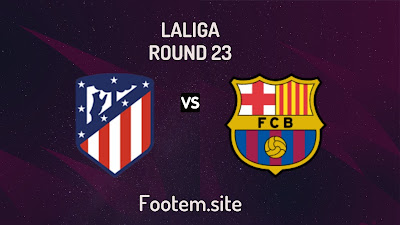 Barca will host Atletico at Camp Nou for the 23rd match of La Liga 2021/22, Sunday (06/02/2022) at 8:45 p.m. Indian time.
Barca is currently in the fifth position in the standings with a collection of 35 points, 1 point behind Atm who is in the fourth position.
In the last match, Barca and Atm were both able to win in La Liga. Barca won 1-0 over Deportivo Alaves through Frankie de Jong’s goal. Meanwhile, Atm won 3-2 over Valencia through goals from Matheus Cunha, Angel Correa, and Hermoso.
For Barca, this victory broke their previous bad record without a win in 3 consecutive matches in all competitions (W0 D1 L2). Meanwhile, for Atm, this victory also broke their bad record which was without a win in the previous 3 matches in a row in all competitions (W0 D1 L2).
At the first meeting in the 8th match of the Spanish La Liga this season, Barca was defeated by Atm with a score of 0-2 at the Estadio Wanda Metropolitano. Atm’s two winning goals in the match were scored by Thomas Lemar in the 23rd minute and Luis Suarez in the 44th minute.
Africa Cup of Nations Final: Senegal vs Egypt Match Preview & Confirmed Lineups Ligue 1 Round 23: Lille vs Paris Saint-Germain Match Preview & Confirmed Lineups