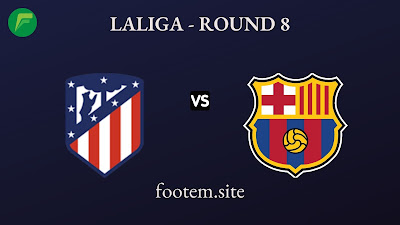 Atlético will face Barca at the Estadio Wanda Metropolitano for the 8th jornada match of La Liga 2021/22 , Sunday (03/10/2021) at 12:30 midnight Indian time.
In their last La Liga event, Atm surprisingly lost to Deportivo Alaves with a score of 0-1. The defeat was Atm’s first defeat in 7 matches in La Liga this season. The defeat made Atm now down to fourth in the standings with a collection of 14 points.
However, after that Atm was able to rise and successfully win over AC Milan in the Champions League. Against the Italian giants, Diego Simeone’s men were able to win 2-1 through goals from Antoine Griezmann and Luis Suarez.
The victory over Milan will obviously increase the confidence of the Atm players to face Barca in this match, especially for Griezmann who has just scored his first goal for Atm in his second spell.
Meanwhile, Bara has performed poorly this season. Barca are unbeaten in La Liga this season (W3 D3 L0) which makes them now in the seventh position in the standings with a collection of 12 points.
However, Barca’s performance is considered far from good this season. Barca itself was just beaten by a humiliating 0-3 score by Benfica in the Champions League last week. The result made Barca only recorded 1 win in their last 5 matches in all competitions (W1 D2 L2).
At the last meeting in La Liga last season, Atm and Barca were only able to draw 0-0 at Camp Nou. Barca actually more dominant in this match. But unfortunately, Atm’s slick defense made Barca unable to score even 1 goal in that match.
Premier League: Arsenal vs Brighton Match Preview & Schedule Premier League: Chelsea vs Southampton Match Preview & Lineups