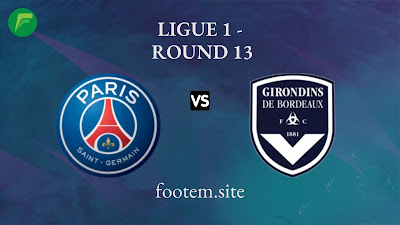 PSG will visit Bordeaux’s headquarters at Stade Matmut-Atlantique to play the 13th week of Ligue 1 2021/22, Sunday (07/11/2021) at 1:30 a.m. Indian time.
PSG is currently still comfortably at the top of the standings with a score of 31 points. Les Parisiens are 8 points ahead of their nearest competitor, OGC Nice.
PSG is in pretty good shape ahead of this match. In the middle of last week, PSG drew 2-2 against RB Leipzig in the Champions League. This result left PSG unbeaten in their last 5 matches in all competitions (W3 D2 L0).
On the other hand, Bordeaux is currently in the sixteenth position of the standings with a collection of 12 points, only 3 points ahead of Brest who is in the relegation zone.
Bordeaux in their last game was able to win a narrow victory over Reims with a score of 3-2 in the French League 1 last week through a Yacine Adli goal and a  Jimmy Briand brace. The win broke Bordeaux’s bad record which was without a win in the previous 5 matches (W0 D4 L1).
At the last meeting in the French League 1 last season, PSG had to struggle to beat Bordeaux 1-0 at the Stade Matmut-Atlantique. The only PSG-winning goal in the match was scored by Pablo Sarabia in the 20th minute.
Champions League: Manchester City vs Club Brugge Match Preview & Lineups LaLiga: Real Madrid vs Rayo Vallecano Match Preview & Confirmed Lineups