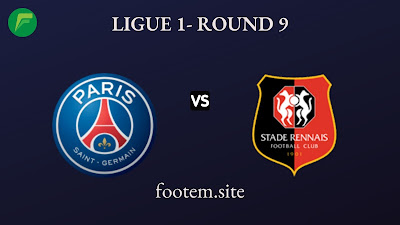 PSG will visit Renne’s headquarters at Roazhon Park to play matchday 9 of Ligue 1 2021/22, Sunday (03/10/2021) at 4:30 p.m. Indian time.
PSG is still perfect in League 1 this season. In the 8 matches that have been played, PSG always managed to wipe out everything with a win. That way, PSG is now comfortably at the top of the standings with a score of 24 points.
PSG itself is also in euphoria ahead of this match. Les Parisiens just won a convincing victory over Manchester City with a score of 2-0 through goals from Idrissa Gueye and Lionel Messi.
Especially for Messi, his goal against City was his first goal since joining PSG. This is clearly a good thing for Messi to increase his confidence.
On the other hand, Rennes has been in good form lately. Had performed poorly at the beginning of the season, slowly Rennes is now starting to find his best form of play.
Rennes are without defeat in their last 2 matches in Liga 1, namely a 6-0 win over Clermont and a 1-1 draw against Bordeaux. These results make Rennes now occupy the thirteenth position in the standings with a collection of 9 points.
Not only that, Rennes also just won over Vitesse with a score of 2-1 in the UEFA European Conference League on Friday. Of course, this victory added to the confidence of the Rennes players to face PSG later.
At the last meeting in Liga 1 last season, PSG and Rennes were only able to draw 1-1 at Roazhon Park. PSG was able to take the lead through Neymar’s goal in the 45+6 minute, but Rennes was able to equalize through Sehrou Guirassy’s goal in the 70th minute.
Premier League: Man United vs Everton Match Preview & Confirmed Lineups Premier League: Aston Villa vs Tottenham Match Preview & Confirmed Lineups