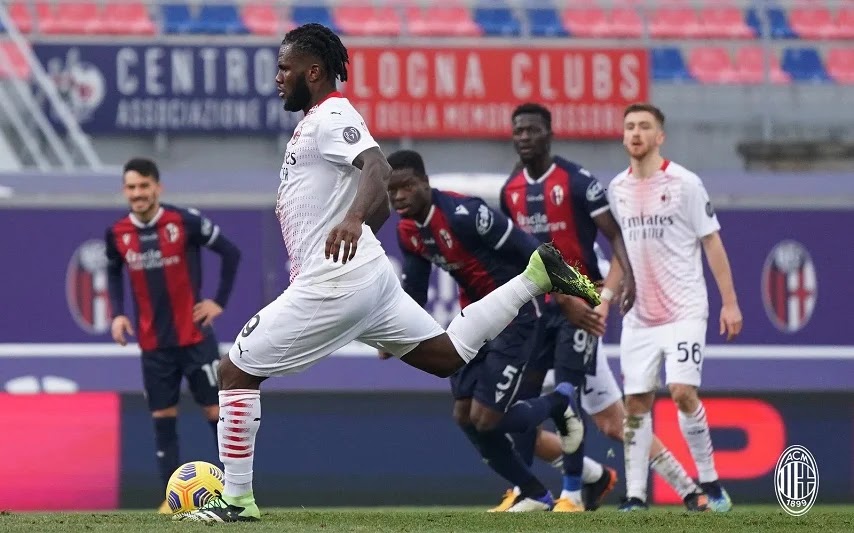 The Milan team achieved an important and difficult victory at the expense of its host Bologna, in the 20th round match of the Italian League championship, with a score of “2-1”, to raise Milan’s score to 46 points, strengthen its position in the lead, and Bologna stuck at 20 points, in the thirteenth place .
The first half was very exciting, as Milan had many opportunities achieved, especially through Zlatan Ibrahimovic, Davide Calabria, Theo Hernandez, and Ante Rebi ،, but the team only succeeded with the ball scored by Rebi, in a follow-up in the net, with a ball that Ibrahimovic shot, and the goalkeeper blocked it in 26th minute.
On the other hand, there were dangerous attempts on the part of the owners of the land, such as a shot by Ricardo Ursolini, and the two, who were brilliantly removed by the Rossiniere goalkeeper Gianluigi Donnarumma, in the final minutes of the game.
In the 55th minute, Milan added the second goal from another penalty kick, which was successfully shot by Ivorian Frank Casey, and Bologna reduced the difference with Andrea Poli in the 82nd minute, and had it not been for the brilliance of Milan goalkeeper Donnarumma, the team would be able to equalize.
Bayern Munich beat Hoffenheim in the Bundesliga by 4-0 Former Barcelona Player Called Ronaldo Better than Messi