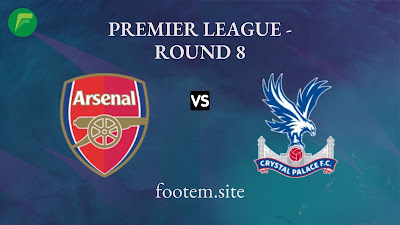 Arsenal will face Palace at the Emirates Stadium to play match week 8 of the Premier League 2021/22, Tuesday (19/10/2021) at 12:30 midnight Indian time.
Arsenal is currently still struggling at the bottom of the standings. The Gooners are currently in the thirteenth position in the standings with a collection of 10 points from 7 matches played.
In the last match before the international break, Arsenal’s record of always winning in the last 4 matches had to be stopped after being held to a goalless draw by Brighton & Hove Albion. However, the result is not so bad considering that Brighton is doing well this season.
Facing Palace in this match, Arsenal clearly must be able to regain full points in order to return to European competition next season.
On the other hand, Palace are also currently still at the bottom of the standings. The Eagles are currently one rank below Arsenal with a score of 7 points from 7 matches played.
In the last match before the international break, Palace were only able to pick 1 point after a 2-2 draw against Leicester City. The result left Palace without a win even in the last 3 matches (W0 D2 L1).
At the last meeting in the English Premier League last season, Arsenal was able to beat Palace with a score of 3-1 at Selhurst Park. Nicolas Pepe scored three of Arsenal’s winning goals in the 35th minute and 90+5 minute, and Gabriel Martinelli in the 90+1 minute. Meanwhile, Palace’s one goal was scored by Christian Benteke in the 62nd minute.
LaLiga: Barcelona vs Valencia Match Preview & Lineups Champions League: Club Brugge vs Manchester City Match Preview & Lineups