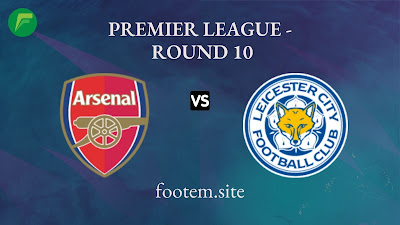 Leicester will host Arsenal at the King Power Stadium for the 10th Premier League match week 2021/22, Saturday (30/10/2021) at 5:00 p.m. Indian time.
Leicester and Arsenal are currently ninth and tenth in the standings respectively. Both have collected 14 points from 9 matches that have been played.
Ahead of this match, Leicester and Arsenal are both in good shape. In the middle of last week, both of them managed to win in the English League Cup.
Leicester won over Brighton & Hove Albion with a score of 4-2 on penalties. Meanwhile, Arsenal won 2-0 over Leeds United through goals from Callum Chambers and Edward Nketiah.
For Leicester, this victory was their winning streak in the last 4 matches in all competitions (W4 D0 L0). As for Arsenal, the victory made them without defeat even in the last 8 matches in all competitions (W6 D2 L0).
At the last meeting in the English Premier League last season, Leicester had to admit Arsenal’s advantage with a score of 1-3 at the King Power Stadium. Leicester had taken the lead first through Youri Tielemans’ goal in the 6th minute. However, Arsenal was able to turn things around through goals from David Luiz in the 39th minute, Alexandre Lacazette in the 45+2 minute, and Nicolas Pepe in the 52nd minute.
Premier League: Liverpool vs Brighton & Hove Albion Match Preview, Team News & Confirmed Lineups Premier League: Manchester United vs Tottenham Hotspur Match Preview, Schedule & Lineups