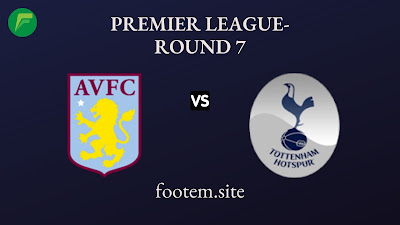 Tottenham will face Villa at the Tottenham Hotspur Stadium to play match week 7 of the Premier League 2021/22, Sunday (03/10/2021) at 6:30 p.m. Indian time.
Spurs currently occupy the eleventh position in the standings with a collection of 9 points. Meanwhile, Villa is in the eighth position in the standings with a collection of 10 points.
The spurs have been poor in the Premier League this season. Spurs had performed well at the beginning of the season by winning their first 3 games. However, they always lost in the next 3 matches. Finally, Harry Kane cs lost 1-3 to rivals Arsenal last week.
However, ahead of this match Spurs began to rediscover their confidence. Last Friday, Spurs just picked up a landslide victory 5-1 over NS Mura in the UEFA European Conference League. Kane became the star of Spurs’ victory by scoring a  hat-trick, while the other two goals were scored by Dele Alli and Giovani Lo Celso.
On the other hand, Villa is also having high confidence ahead of the match against the Spurs. Villa in their last match successfully won over Manchester United at Old Trafford with a score of 1-0 through Kortney Hause’s goal. The victory was Villa’s 3rd win in 6 matches played in the Premier League this season (W3 D1 L2).
At the last meeting in the Premier League last season, Spurs were forced to give up with a score of 1-2 to Villa at home. Spurs had taken the lead through Steven Bergwijn’s goal in the 8th minute, but Villa turned things around through an own goal by Segio Reguilon in the 20th and Ollie Watkins in the 39th.
Ligue 1: PSG vs Rennes Match Preview & Schedule Premier League: Liverpool vs Manchester City Match Preview & Lineups