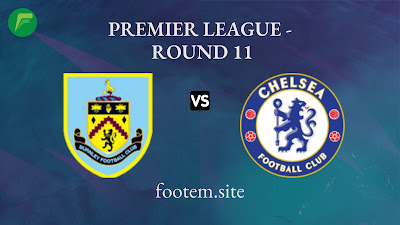 Chelsea will host Burnley at Stamford Bridge for the 11th Premier League match week 2021/22, Saturday (06/11/2021) at 8:30 p.m. Indian time.
Chelsea currently tops the standings with a score of 25 points. The Blues are 3 points ahead of Liverpool who are in the second position.
Chelsea is in very good shape at the moment. Chelsea has won their last 7 matches in all competitions (W7 D0 L0). Most recently, Thomas Tuchel’s troops picked up a narrow 1-0 victory over Malmo FF in the Champions League last week through Hakim Ziyech’s goal.
On the other hand, Burnley has just ended its negative trend lately. Last weekend, Burnley succeeded in picking up a convincing victory over Brentford with a score of 3-1 in the Premier League through goals from Chris Wood, Matthew Lowton, and Maxwell Cornet.
The victory broke Burnley’s bad record which was without a win even in the previous 5 matches (W0 D3 L2). The victory also made Burnley still not move from the relegation zone. Currently, Burnley is in the eighteenth position in the standings with a collection of 7 points.
At the last meeting in the English Premier League last season, Chelsea was able to beat Burnley with a score of 2-0 at Stamford Bridge. Chelsea’s two winning goals in that match were scored by Cesar Azpilicueta in the 40th minute and Marcos Alonso in the 84th minute.
Champions League: Manchester City vs Club Brugge Match Preview & Lineups LaLiga: Real Madrid vs Rayo Vallecano Match Preview & Confirmed Lineups