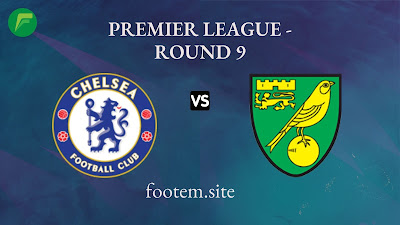 Chelsea will host Norwich at Stamford Bridge to play match week 9 of the Premier League 2021/22, Saturday (23/10/2021) at  5:00 p.m. Indian time.
Chelsea is currently still at the top of the standings with a score of 19 points. The Blues are 1 point ahead of Liverpool who is in the second position.
Chelsea is in good form ahead of this match against Norwich. In the middle of last week, Thomas Tuchel’s troops just won a landslide victory over Malmo FF in the Champions League 4-0 through goals from Andreas Christensen, Jorginho (2), and Kai Havertz. The victory was Chelsea’s successive victory in the last 3 matches.
On the other hand, Norwich actually performed very poorly in the English Premier League this season. Norwich is currently slumped at the bottom of the standings with a score of 2 points.
In their last match, Norwich were only able to pick 1 point after being held to a 0-0 draw by Brighton & Hove Albion last weekend. These results make Norwich yet to win even in 8 matches that have been undertaken in the English Premier League this season (W0 D2 L6).
At the last meeting in the English Premier League 2019/20 season, Chelsea managed to pick a narrow 1-0 victory over Norwich at Stamford Bridge. The only Chelsea winning goal in that match was scored by Olivier Giroud in the 45+3 minute.
Premier League: Manchester City vs Brighton Match Preview & Confirmed Lineups Premier League: West Ham United vs Tottenham Match Preview & Lineups