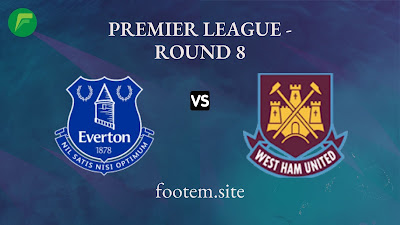 Everton will face West Ham at Goodison Park for the 8th Premier League match week 2021/22, Sunday (17/10/2021) at  6:30 p.m. Indian time.
Everton is currently in the fifth position in the standings with a collection of 14 points, just 2 points behind Chelsea, who are at the top of the current standings.
In the last match before the international break, Everton managed to steal 1 point from Manchester United’s headquarters after a 1-1 draw. Left behind through Anthony Martial’s goal, Everton was finally able to equalize through Andros Townsend’s goal.
Meanwhile, West Ham currently occupies the ninth position of the standings with a score of 11 points.
West Ham in the last game before the international break lost at home to Brentford with a score of 1-2. The defeat broke their slick record which previously always won in the last 3 matches (W3 D0 L0).
At the last meeting in the English Premier League last season, Everton managed to beat West Ham at London Stadium with a score of 1-0. The only winning goal for  The Toffees in that match was scored b
Premier League: Liverpool vs Watford Match Preview & Lineups Premier League: Newcastle United vs Tottenham Hotspur Match Preview & Confirmed Lineups