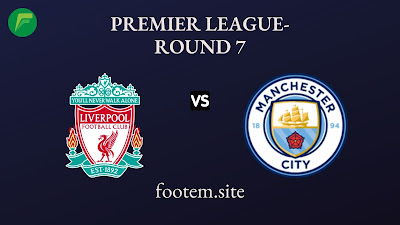 Liverpool will face Man City at Anfield to play match week 7 of the Premier League 2021/22, Sunday (03/10/2021) at 9:00 p.m. Indian time.
Liverpool currently tops the standings with a collection of 14 points, 1 point ahead of their opponent in this match, Man City, who is in second place.
In the Premier League this season, Liverpool is unbeaten in 6 matches (W4 D2 L0). Meanwhile, Man City has lost 1 of the 6 matches they have played (W4 D1 L1).
Liverpool is in very good shape ahead of this match. In the middle of last week, the  Reds were able to pick a landslide victory 5-1 over FC Porto in the Champions League through braces Mohamed Salah and Roberto Firmino, as well as a goal from Sadio Mane.
On the other hand, Man City is in a bad shape ahead of this match. In the middle of last week’s Champions League, City was beaten by Paris Saint Germain with a score of 0-2. The defeat was clearly not a good capital to face Liverpool who is on fire lately.
At the last meeting in the Premier League last season, Liverpool was humiliated at home with a score of 1-4 by Man City. Ilkay Gundogan scored four of Man City’s winning goals in the 49th and 73rd minutes, Raheem Sterling in the 76th minute, and Phil Foden in the 83rd minute. Meanwhile, one Liverpool goal was scored by Salah in the 63rd minute.
Premier League: Aston Villa vs Tottenham Match Preview & Confirmed Lineups UEFA Nations League Semi-Final: Italy vs Spain Match Preview & Confirmed Lineups