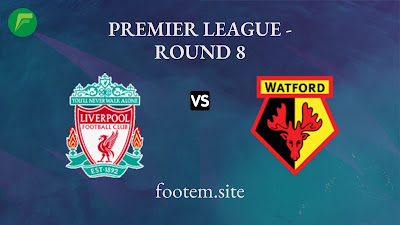 Liverpool will visit Vicarage Road, Watford’s headquarters to play the 8th Premier League match week 2021/22, Saturday (16/10/2021) at 5:00 p.m. Indian time.
Liverpool is on a positive trend lately. In the last match before the international break, Liverpool managed to pick 1 point after a 2-2 draw against Manchester City.
When facing Manchester City, Jurgen Klopp’s troops actually performed well by being able to lead 2 times through goals from Sadio Mane and Mohamed Salah. But unfortunately, their superiority has always been matched by Pep Guardiola’s troops.
With the draw against Manchester City, Liverpool is now in second place in the standings with 15 points. The Reds are also recorded without defeat even in their last 12 matches in all competitions (W8 D4 L0).
Meanwhile, Watford is in bad shape ahead of this match. In the last match before the international break, Watford lost 0-1 against Leeds United.
The defeat left Watford without a win even in the last 3 matches (W0 D1 L2). The defeat also made Watford now down to the fifteenth position in the standings with a collection of 7 points.
At the last meeting in the 2019/20 Premier League season, Liverpool surprisingly fell 0-3 to Watford at Vicarage Road. Watford’s three winning goals in that match were scored by Ismaila Sarr in the 54th and 60th minutes, and Troy Deeney in the 72nd minute.
Premier League: Leicester City vs Manchester United Match Preview & Confirmed Lineups Premier League: Everton vs West Ham United Match Preview, Schedule & Lineups