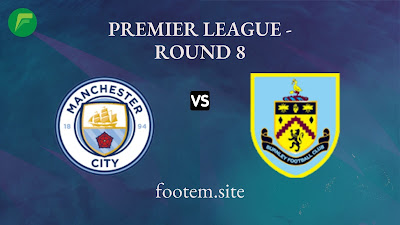 Man City will face Burnley at the Etihad Stadium to play match week 8 of the Premier League 2021/22, Saturday (16/10/2021) at 7:30 p.m. Indian time.
Man City is currently stuck in third place in the standings with 14 points from 7 matches played.
Ahead of this match, Man City itself is in a bad condition. In the last 2 matches before the international break, Man City failed to win even though, namely losing 0-2 to Paris Saint-Germain in the Champions League and drawing 2-2 against Liverpool in the Premier League.
Although Man City is far superior in terms of level compared to Burnley, it is clear that their recent form is not a good capital. Pep Guardiola’s troops, of course, must be able to restore their best performance if they want to get full points over Burnley in this match.
Meanwhile, Burnley is also in bad shape ahead of this match. In the last match before the international break, Burnley was only able to draw 0-0 against Norwich City.
This result makes Burnley yet to win even in the English Premier League this season (W0 D3 L4). The result also makes Burnley now in the relegation zone, which is eighteenth in the standings with 3 points.
At the last meeting in the English Premier League last season, Man City was able to beat Burnley with a score of 2-0 at Turf Moor. Two of Man City’s winning goals in that match were scored by Gabriel Jesus in the 3rd minute and Raheem Sterling in the 38th minute.
Premier League: Chelsea vs Brentford Match Preview, Schedule & Lineups Premier League: Leicester City vs Manchester United Match Preview & Confirmed Lineups