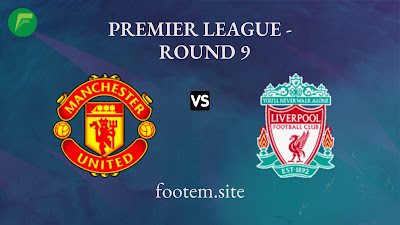 MU will face Liverpool at Old Trafford for the 9th Premier League match week 2021/22, Sunday (24/10/2021) at 9:00 p.m. Indian time.
MU was thrown into the sixth position of the standings with a score of 14 points due to poor performance in the Premier League lately. In their last match, MU fell 2-4 when they visited Leicester City, which left them without a win in their last 3 league matches (W0 D1 L2).
However, MU is looking at this match against Liverpool with high confidence. The reason is, MU has just won over Atalanta after a 3-2 comeback in the Champions League last week through goals from Marcus Rashford, Harry Maguire, and Cristiano Ronaldo.
Meanwhile, Liverpool is also looking at this match with high confidence. Liverpool also just won in the Champions League midweek over Atletico Madrid with a score of 3-2 through two goals from Mohamed Salah and one goal from Naby Keita.
Liverpool also succeeded in picking up a landslide victory in their last match in the league last weekend against Watford with a score of 5-0. The victory brought the  Reds to second place in the standings with a score of 18 points, just 1 point behind the leader of the standings Chelsea.
At the last meeting in the Premier League last season, Manchester United was defeated by Liverpool with a score of 2-4 at Old Trafford. Manchester United took the lead when the game had only been running for 10 minutes through Bruno Fernandes. However, Liverpool responded with three goals through Diogo Jota in the 34th minute and Roberto Firmino’s brace in the 45+3 and 47th minutes. MU had time to keep hope after reducing the position through Rashford’s goal in the 68th minute. However, Liverpool back away and locked the win with a score of 4-2 through Salah’s goal in the 90th minute.
Premier League: West Ham United vs Tottenham Match Preview & Lineups Ligue 1: PSG VS Marseille Match Preview, Schedule & Lineups