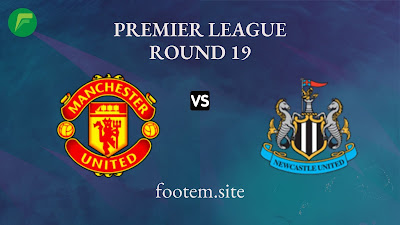 Man United will visit Newcastle’s headquarters in St. James’ Park to play the 19th Premier League match week 2021/22, Tuesday (28/12/2021) at 1:30 a.m. Indian time.
MU is in good shape ahead of this match. In their last match, MU successfully won over Norwich City in the Premier League with a score of 1-0 through Cristiano Ronaldo’s goal from the penalty spot.
Thanks to this victory, MU is recorded without defeat even in the last 6 matches in all competitions (W4 D2 L0). The victory also makes MU now occupy the sixth position in the standings with a collection of 27 points.
Meanwhile, Newcastle is still not moving from the relegation zone. The Magpies are currently in the nineteenth position in the standings with a collection of 10 points.
In their last match, Newcastle fell 0-4 against Manchester City in the Premier League. It was Newcastle’s consecutive defeat in their last 3 matches (W0 D0 L3).
At the first meeting in the 4th match week of the English Premier League this season, MU was able to beat Newcastle with a score of 4-1 at Old Trafford. Ronaldo opened the scoring for Manchester United in the 45+2 minute, but Newcastle was able to equalize through Javi Manquillo’s goal in the 56th minute. After that, MU was able to lock the victory after pouring 3 additional goals through Ronaldo’s second goal in the 62nd minute, Bruno Fernandes in the 80th minute, and Jesse Lingard in the 90+2 minute.
Premier League: Aston Villa vs Chelsea Match Preview & Confirmed Lineups LaLiga: Mallorca vs Barcelona Match Preview & Confirmed Lineups