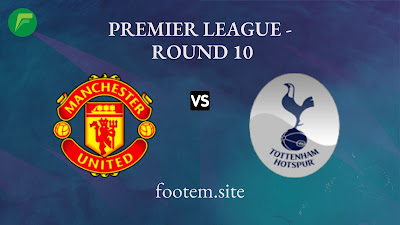 Spurs will host Manchester United in the 10th Premier League match week 2021/22 which will take place at the Tottenham Hotspur Stadium, Saturday (30/10/2021) at 10:00 p.m. Indian time
Spurs are currently in the sixth position in the standings with a collection of 15 points. The Lillywhites are only 1 point ahead of MU, which is one level below them.
In their last Premier League match, Spurs lost by a narrow score 0-1 during a visit to West Ham United’s headquarters. However, Spurs immediately got up and were able to win over Burnley with a score of 1-0 in the Premier League Cup last midweek through Lucas Moura’s goal.
On the other hand, MU is in a very bad condition ahead of this match. Manchester United in their last match was humiliated by Liverpool at home with a landslide score of 0-5 in the Premier League last week. The defeat left MU without a win even in their last 4 matches in the Premier League (W0 D1 L3).
At the last meeting in the English Premier League last season, Spurs had to admit MU’s advantage with a score of 1-3 at the Tottenham Hotspur Stadium. Spurs took the lead through Son Heung-Min’s goal in the 40th minute. However, MU was able to reverse the position through goals from Fred in the 57th minute, Edinson Cavani in the 79th minute, and Mason Greenwood in the 90+6 minute.
Premier League: Arsenal vs Leicester City Match Preview & Lineups Champions League: Atalanta vs Manchester United Match Preview & Confirmed Lineups