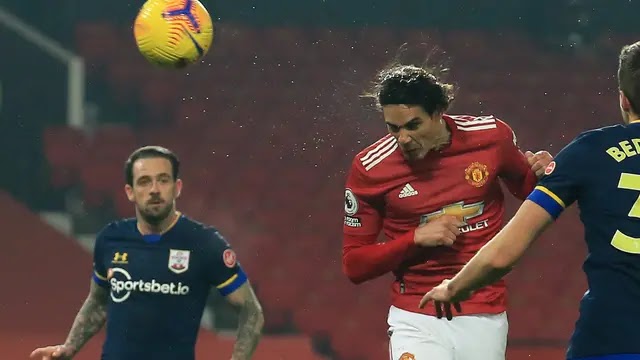 Manchester United went berserk when they hosted Southampton in the 2020/2021 Premier League match, Tuesday (02/02/2021) in the Midnight IST.
The visitors, who played with 10 players since the 2nd minute, had to swallow the bitter pill to beat Manchester United with a score of 0-9. And then got a second red card at the end of the match.

The Review of the match

Southampton have struggled since the start of the match. Precisely when midfielder Alexandre Jankewitz received an immediate red card in the 2nd minute.
Not long after, to be precise the 18th minute, Manchester United started a goal feast. Luke Shaw’s cross was received by Aaron Wan Bissaka then released a cheat on Alex McCarthy’s goal, the score was 1-0.
On 25 minutes it is Macus Rashford’s turn to score. He doubled the lead after receiving Mason Greenwood’s pass and then fired a shot at McCarthy’s goal.
Rashford was again responsible for the team’s third goal. In the 34th minute, Rashford’s cross is mistakenly anticipated by Bednarek and goes into his own net.
Edinson Cavani also ensured Manchester United ended the first half with a score of 4-0. The Uruguayan striker’s header after using Shaw’s assist successfully tricked the visitors’ goalkeeper.
The second half of Manchester United were reluctant to relax their attacks. But in the 53rd minute, Che Adams managed to score a goal against Davide de Gea but VAR was ruled out for offside first.
The Red Devils also started their goal party again. The 69th minute, Anthony Martial scored the team’s fifth goal. Then Scott McTominay scored in the 72nd minute.
In the 86th minute, Southampton suffered even more after Jan Bednarek received a red card for violating Martial in the forbidden box and Manchester United were awarded a penalty that resulted in a goal thanks to a shot from Bruno Fernandes.
Then in the 90th minute, Martial gave Manchester United an 8-0 lead. And Daniel James closed the home team goal party in the 93rd minute and finally won 9-0.