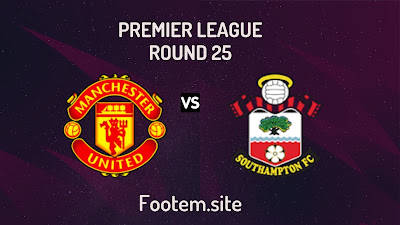 MU will host Soton at Old Trafford for the 25th Premier League match week 2021/22, Saturday (12/02/2022) at 6:00 p.m. Indian time.
MU is currently in the sixth position in the standings with a collection of 39 points, 1 point behind West Ham United who is in the Champions League zone.
MU’s own performance has been inconsistent lately. Last Wednesday, United was only able to draw 1-1 against Burnley in the Premier League. Previously, United had just been knocked out of the FA Cup last weekend when they lost to Middlesbrough 7-8 on penalties.
With this poor performance, MU is believed to be in trouble when facing Soton in this match. The reason is, Soton actually has high confidence ahead of this match.
Soton just won at Tottenham Hotspur headquarters in the Premier League last Thursday with a score of 3-2 through goals from Armando Borja, Mohamed Elyounoussi, and Che Adams.
The victory from the Spurs made Soton unbeaten in their last 3 matches (W2 D1 L0). In addition, the additional 3 points also made Soton rise to the tenth position in the standings with a score of 28 points.
At the first meeting in match week 2 of the Premier League this season, MU and Soton could only draw 1-1 at St. Mary’s Stadium. Soton had taken the lead through Fred’s own goal in the 30th minute, but United was able to equalize through Mason Greenwood’s goal in the 55th minute.
Ligue 1 Round 24: Paris Saint-Germain vs Rennes Match Preview & Confirmed Lineups Premier League Round 25: Norwich City vs Manchester City Match Preview & Lineups