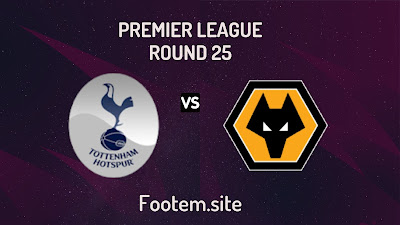 Spurs will host Wolves at the Tottenham Hotspur Stadium to play the 25th Premier League match week 2021/22, Sunday (13/02/2022) at 7:30 p.m. Indian time.
Spurs are currently in seventh place in the standings with 36 points, just 2 points ahead of their opponents in this match, Wolves, who are one place below them.
The spurs’ own performance has been bad lately. In their last 2 matches in the Premier League, the Spurs have always lost. They lost to Chelsea by a score of 0-2, and most recently lost to Southampton by a score of 2-3.
On the other hand, the Wolves are also in bad shape ahead of this match. Wolves were defeated by Arsenal in the Premier League last Friday with a score of 0-1. It was their second defeat in a row after previously losing to Norwich City with a score of 0-1 in the FA Cup.
At the first meeting in the second match week of the English Premier League this season, Spurs were able to beat Wolves with a narrow score of 1-0 through Dele Alli’s goal in the 10th minute at Molineux Stadium.
After that, Spurs and Wolves met again in the 3rd round of the English League Cup which took place at Molineux Stadium again. In that match, the Spurs were again able to beat the Wolves with a score of 3-2 on penalties.
Premier League Round 25: Burnley vs Liverpool Match Preview & Confirmed Lineups Premier League Round 25: Manchester United vs Brighton Match Preview, Schedule & Lineups