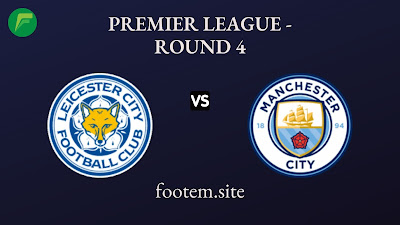 Man City will visit the King Power Stadium, Leicester’s headquarters in the match week 4 of the Premier League 2021/22, Saturday (11/09/2021) at 7:30 p.m. Indian time.
City are in high confidence ahead of this match. In the last match before the international break, City managed to beat Arsenal with a landslide score of 5-0 through goals from Ilkay Gundogan, Ferran Torres (2), Gabriel Jesus, and Rodri.
The victory became City’s 2nd victory in the 3 matches they have lived (W2 D0 L1), as well as making them now occupy the seventh position in the standings with a collection of 6 points.
The city itself received a slight loss in this match. The reason is, they will not be strengthened by Ederson and also Gabriel Jesus because they have to undergo quarantine after returning from their duties to defend the Brazilian national team. In addition, Kevin De Bruyne is also still unable to play in this match because he is undergoing recovery.
Meanwhile, Leicester has also performed quite well this season. Currently, Leicester is in the ninth position in the standings with a score of 6 points.
In their last match before the international break, Leicester successfully won full points after a 2-1 win over Norwich City through goals from Jamie Vardy and Marc Albrighton. The victory was Leicester’s 2nd win in 3 matches that have been played in the English Premier League this season, while one other match ended in defeat.
City and Leicester last met in 2021/22 Community Shield final which took place at Wembley Stadium. In that match, Leicester managed to become champions after beating City 1-0 with a goal scored by Kelechi Iheancho 1 minute before normal time ended.
If you judge in terms of quality, City will clearly be more favored over Leicester in this match. Moreover, City also has amazing statistics lately by being able to score 10 goals without conceding even in the last 2 matches.
However, City of course can’t just stick to that considering they often have difficulties when dealing with Leicester.
Premier League – Round 4: Arsenal vs Norwich City Match Preview & Lineups Champions League: Inter vs Real Madrid Match Preview & Confirmed Lineups