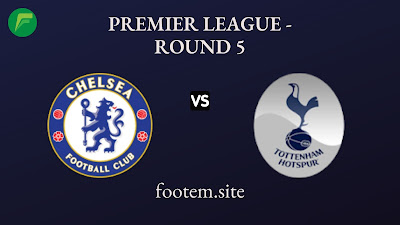 Chelsea will visit the Spurs headquarters at the Tottenham Hotspur Stadium in the match week 5 Premier League 2021/22, Sunday (19/09/2021) at 9:00 p.m. Indian time.
Chelsea comes to Spurs headquarters in this match with high confidence. In the Premier League this season, Chelsea has not been touched by defeat even in the 4 matches that have been undertaken and have made them occupy second place in the standings with a collection of 10 points.
In their last match in the Premier League, Chelsea won 3-0 over Aston Villa through a  Romelu Lukaku brace and a Mateo Kovacic goal.
After that, Chelsea also managed to continue their positive trend to the Champions League opener in the middle of last week. Facing Zenit Saint Petersburg, Chelsea was able to pick a narrow 1-0 victory through Lukaku’s goal.
So far, Lukaku has scored 4 goals in 4 matches he has played with Chelsea in all competitions. He will clearly be the most dangerous threat to the Spurs defense in this match.
Meanwhile, the Spurs have also performed quite well this season. Currently, the Spurs occupy the seventh position in the standings with a collection of 9 points.
But unfortunately, Spurs’ performances are on the decline lately. In the last match in the Premier League, Spurs were humiliated by Crystal Palace with a score of 0-3. After that, the team nicknamed The Lillywhites also failed to win in the opening match of the European Conference League last week after being held to a 2-2 draw by Rennes.
The results of the last 2 matches are clearly not a good capital to face a team like Chelsea who is on fire at the moment.
At the last meeting in the Premier League last season, Chelsea was able to beat Spurs 1-0 at the Tottenham Hotspur Stadium through Jorginho’s goal in the 24th minute through the penalty spot.
After that, Chelsea and Spurs also faced each other in the trial match on August 5, 2021, which took place at Stamford Bridge. In that match, the two teams were only able to draw 2-2. Chelsea took the lead by two goals through  Hakim Ziyech’s brace in the 16th and 49th minutes. However, Spurs were able to equalize through goals from Lucas Moura in the 56th minute and Steven Bergwijn in the 70th minute.
Premier League- Round 5: Liverpool vs Crystal Palace Match Preview & Confirmed Lineups Serie A – Round 4: Juventus vs Milan Match Preview & Confirmed Lineups