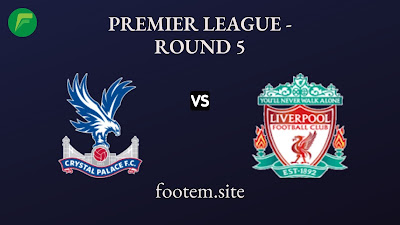 Liverpool will face Palace in match week 5 of the Premier League 2021/22 which will take place at Anfield, Saturday (18/09/2021) at 7:30 p.m. Indian time.
Liverpool has been quite impressive in the English Premier League this season. Of the 4 matches that have been played, the  Reds have not even touched defeat, namely winning 3 wins and 1 draw which makes them now in the third position in the standings with a collection of 10 points. Last time, Jurgen Klopp’s men managed to win a landslide victory over Leeds United last week through goals from Mohamed Salah, Fabinho, and Sadio Mane.
Not only that, but Liverpool also just won over AC Milan after a  comeback with a score of 3-2 in the opening match of the UEFA Champions League in the middle of last week. Behind 1-2 in the first half, Liverpool was finally able to reverse the position through goals from Salah and Jordan Henderson.
On the other hand, Palace also just won their first victory in the English Premier League this season. Last weekend, Palace won 3-0 over Tottenham Hotspur through a Wilfried Zaha goal and an  Odsonne Edouard brace.
Thanks to this victory, Palace has now moved up to an eleventh position in the standings with a collection of 5 points.
At the last meeting in the closing weekend of the English Premier League last season, Liverpool was able to beat Palace with a convincing score of 2-0 at Anfield. Liverpool’s two winning goals in that match were bought by Sadio Mane in the 36th and 74th minutes.
On paper, Liverpool will clearly be much more favored over Palace in this match. Moreover, Liverpool has always won their last 9 meetings against Palace (W9 D0 L0).
However, Liverpool still has to be vigilant considering Palace came to their headquarters with high confidence capital after a landslide victory over Spurs in their last match.
Champions League: Inter vs Real Madrid Match Preview & Confirmed Lineups Premier League- Round 5: Chelsea vs Tottenham Match Preview & Confirmed Lineups