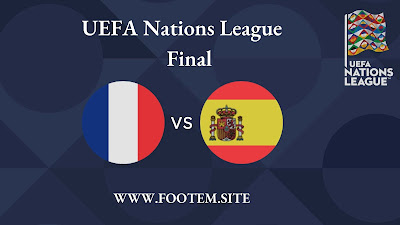 Spain will face France in the 2020/21 UEFA Nations League final which will take place at the Stadio Giuseppe Meazza, Monday (11/10/2021) at  12:15 midnight Indian time.
Spain advanced to this top match after getting rid of Italy in the semifinals with a score of 2-1. Two of Spain’s winning goals in the match were bought by Ferran Torres in the 17th and 45th minutes.
The victory over Italy extended Spain’s always winning record to the last 3 matches (W3 D0 L0).
Meanwhile, France advanced to this final after beating Belgium in the semifinals with a score of 3-2. Left behind by 2 goals in the first half,  Les Blues were able to rise in the second half and reverse the position through goals from Karim Benzema, Kylian Mbappe, and Theo Hernandez.
The victory over Belgium made France now untouched by defeat even in their last 4 matches (W2 D2 L0).
Spain and France last met in a friendly in 2017 which took place at the Stade de France. In that match, Spain was able to beat France with a score of 2-0 through goals from David Silva and Gerard Deulofeu..
World Cup Qualification: Brazil vs Colombia Match Preview & Lineups World Cup Qualification: Portugal vs Luxembourg Match Preview & Schedule