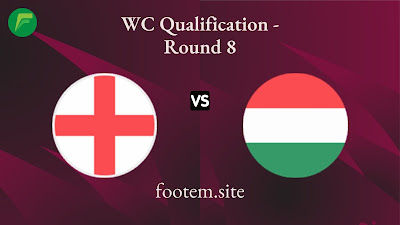 England will face Hungary at Wembley Stadium to play the 8th Group I match of the 2022 World Cup Qualification in the European Zone, Wednesday (13/10/2021) at 12:15 midnight Indian time.
England is currently still comfortably at the top of the standings with a collection of 19 points from 7 matches played. The Three Lions need at least 2 more wins to ensure they qualify for the finals in Qatar later.
In the previous match, England managed to win a landslide victory over Andorra with a score of 5-0 through goals from Ben Chilwell, Bukayo Saka, Tammy Abraham, James Ward-Prowse, and Jack Grealish. The victory made England without defeat in the last 4 matches (W3 D1 L0).
Meanwhile, Hungary is currently in the fourth position in the standings with a collection of 10 points from 7 matches.
Hungary in the previous match suffered a narrow 0-1 defeat against Albania. The defeat made Hungary only pick 1 win in the last 8 matches (W1 D3 L4).
In the first meeting in the 4th match of the 2022 World Cup Qualification, England successfully beat Hungary with a score of 4-0 at Puskás Aréna. Four of England’s winning goals in that match were scored by Raheem Sterling in the 55th minute, Harry Kane in the 63rd minute, Harry Maguire in the 69th minute, and Declan Rice in the 87th minute.
World Cup Qualification: Portugal vs Luxembourg Match Preview & Schedule World Cup Qualification: Brazil vs Uruguay Match Preview & Lineups