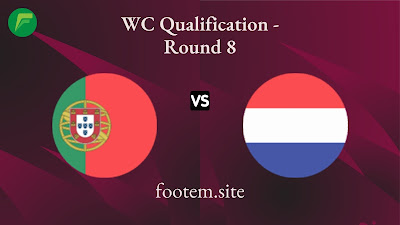 Portugal will face Luxembourg at the Estádio Do Algarve for the 8th match of Group A Qualification for the 2022 World Cup in the European Zone, Wednesday (13/10/2021) at 12:15 midnight Indian time.
Portugal is currently stuck in second place in Group A standings with a collection of 13 points from 5 matches played. The team nicknamed the Selecao das Quinas is 1 point behind Serbia, who is at the top of the standings from 6 matches that have been played.
Portugal itself is in very good condition ahead of this match. Last week, Portugal managed to win a convincing 3-0 over Qatar in the test match through goals from Cristiano Ronaldo, Jose Fonte, and Andre Silva. The victory was Portugal’s consecutive win in their last 4 matches (W4 D0 L0).
Meanwhile, Luxembourg is currently in third place in the standings with a collection of 6 points from 5 matches played. Luxembourg will certainly not qualify for the finals if they lose to Portugal in this match.
Luxembourg’s own performance has been bad lately. In the previous match, Luxembourg narrowly lost 0-1 against Serbia. The defeat left Luxembourg without a win even in the last 3 matches (W0 D1 L2).
In the previous meeting, Portugal managed to beat Luxembourg with a score of 3-1 at Stade Josy Barthel. Luxembourg opened the scoring first through Gerson Rodrigues’ goal in the 30th minute. However, Portugal was able to reverse the position through goals from Diogo Jota in the 45+2 minute, Ronaldo in the 50th minute, and Joao Palhinha in the 80th minute.
UEFA Nations League Final: Spain vs France Match Preview & Confirmed Lineups World Cup Qualification: England vs Hungary Match Preview & Confirmed Lineups